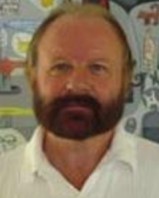 Michael H. Long needs little introduction to anyone involved in language teaching and research. Professor of SLA at the University of Maryland, Mike serves or has served on the Editorial Boards of Studies in Second Language Acquisition, TESOL Quarterly, Language Teaching Research, JACET Bulletin and many others. He was co-editor of the Cambridge Applied Linguistics Series for its first 20 years. He is the author of over 100 journal articles and book chapters. Recent publications include The Handbook of Language Teaching (Wiley-Blackwell, 2009), Sensitive Periods, Language Aptitude, and Ultimate L2 Attainment (John Benjamins, 2013), and Second Language Acquisition and Task-Based Language Teaching (Wiley-Blackwell, 2015). In 2009, he was awarded a doctorate honoris causa by Stockholm University for his contributions to the field of SLA. In 2017, he received the first lifetime achievement award made by the International Association for Task-Based Language Teaching. 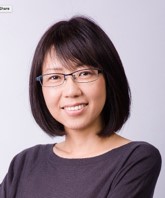 Natsuko Shintani has been involved in language education in many contexts both within Japan and around the world. Natsuko is a Senior Lecturer in the Faculty of Education, University of Auckland. Her research interests encompass the roles of interaction in second language acquisition, second language writing, and task-based language teaching. Her work has been published in leading journals such as Language Learning, Studies in Second Language Acquisition and Applied Linguistics. She has published a book with John Benjamins, entitled Input-based Tasks in Foreign Language Instruction for Young Learners. She has also co-authored a book with Rod Ellis, entitled Exploring Language Pedagogy through Second Language Acquisition Research published by Routledge.

One thought on “Plenary Speakers”